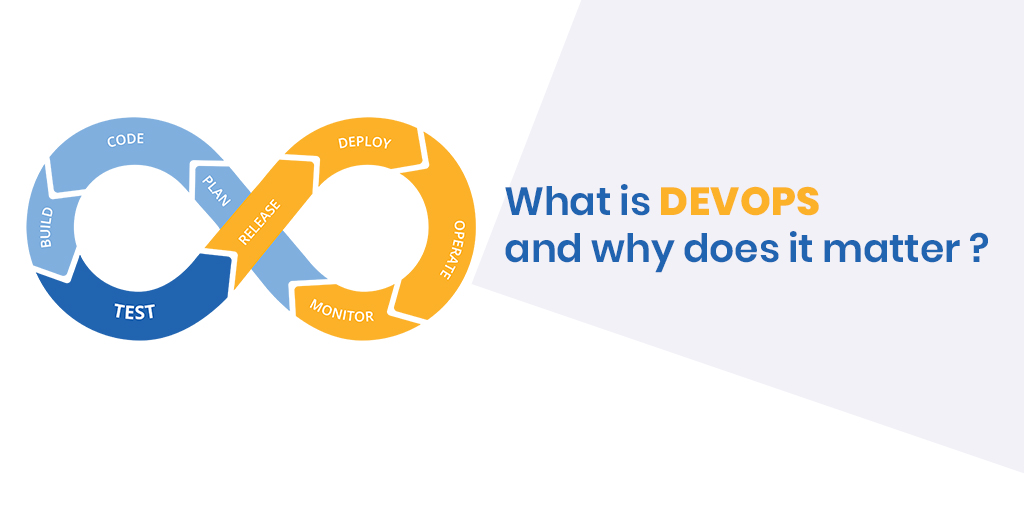 What Is DevOps And Why Does It Matter? What is a DevOps role?

The word DevOps has been making the rounds a lot these days. A number of people have accepted this concept though, for most it is a grey area. In simple terms, DevOps Services are nothing but the merger of development with operations. In this method, the communication and collaboration between software developers and IT professionals is focused upon to bring about a faster and continuous delivery cycle. DevOps is a method of software development that takes care of the communication and integration between these two groups.

There are a number of perspectives as far as DevOps is concerned. It involves the two most important teams in any organization – the software development team and the IT team that is responsible for the maintenance of this software. While the primary job of both these teams is the same, they work on a different level and hate collaborating with each other. This not only harms the functioning of the organization, it also brings down the efficiency of these team members.

When it comes to running the operations in an IT company, there are a number of things that need to be looked at. Development and implementation of software is just the first step. There is a lot that happens at the backend after that. In order for the software to function the way it was intended to, the IT operations need to make sure they are doing things right and they need to look at the DevOps Archives of successful companies for inspiration.

The biggest problem with cross functional teams is one team looking down on the other. The development team believes coding is important. The operations team believes that until the testing is complete and implementation happens, coding is not enough.

With the help of DevOps, these teams can now work together and overcome some of the hurdles. Once the DevOps Engineers start calibrating on certain issues and come together, the organization can run smoothly. A classic example is the Amazon Web Services (AWS) that has made sure that DevOps is part of their functionality.

Automation is the key in today’s business. With proper integration of DevOps solutions, almost everything can be automated. The development and the operations team can work hand in hand and make sure that everything works smoothly.

While the concept of DevOps is relatively new, there are a number of companies that have case studies to prove its success. One such example is that of the Liverpool Victoria Building Society. This society was struggling with orders for installation of Oracle. This is because each build could not be used as-is. This needed a lot of modification and it wasted a lot of time in installation and implementation, thereby hampering the efficiency of the organization.

When they used DevOps agencies such as Puppet Enterprise, they were able to work smoothly and install each order with a quicker turnaround time. With DevOps, they could now add more modules and modify the build within a short time span. When operations work closely with development, wonders can happen.

Everyone has heard of the research and analysis tool called Splunk. Their makers used Chef that would help them automate configuration and implementation as well as integration of apps within the Amazing infrastructure that supported Splunk Storm. With the help of Chef, Splunk was able to create a pipeline. This pipeline helped automate as well as integrate every development stage. This shortened the market release time and helped the business grow at an accelerated pace. Every organization needs to take an initiative and integrate DevOps. This will not only help their development and IT teams collaborate well, it will help everyone in the organization to grow.

DevOps is certainly the way to go about the way an organization functions. There are sufficient success stories to prove that this system works. It is not a question of how, but why not, as far as DevOps is concerned.

Published November 18,2019 by Abhilash
How to import a project in Android Studio?
follow us
Related Blogs

Published November 18,2019 by Abhilash
How to import a project in Android Studio?
Have an Innovative app Idea
Get a Free Quote to Build & Manage your App..!
submit